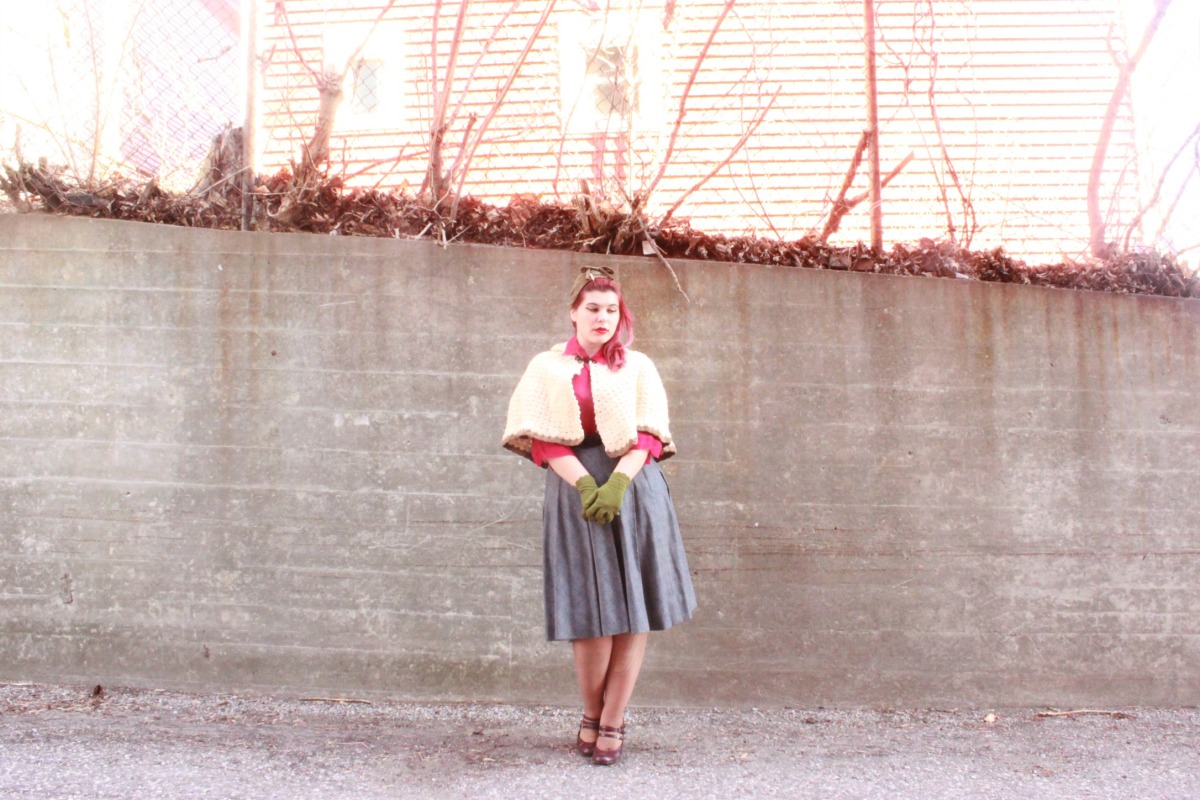 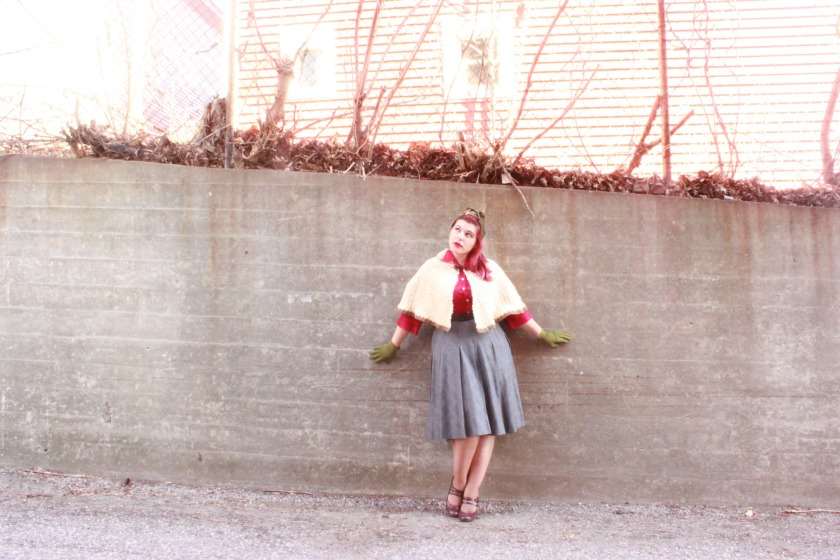 Okay, so nothing about this  outfit is witchy, besides the fact of my wearing it. But it is accompanied by a review of one of the best theatrical experiences I’ve ever had. I would summarize The VVitch as “Puritan family loses child, succumbs to witch-hunting hysteria”, but it’s so much more than that. First, you should probably watch the trailer. 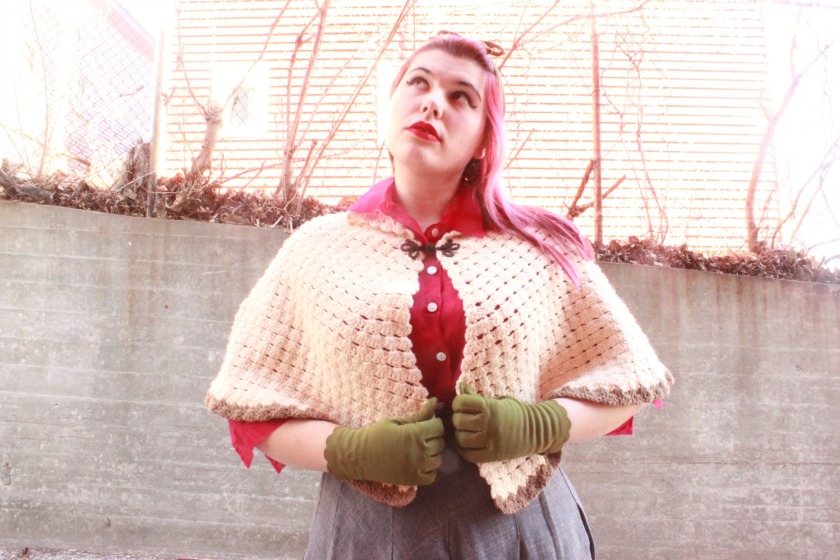 My local paper called The VVitch “the world’s creepiest historical reenactment”, and how true it is. I always prefer media that’s totally immersive, that doesn’t step into the meta level to comment on itself or judge its characters.  I’m not interested in morality plays. I’m here to live two hours in someone else’s world and come away with my own conclusions. I don’t like being told who to root for or which humors are supposed to be stirred. And The VVitch delivers just that. 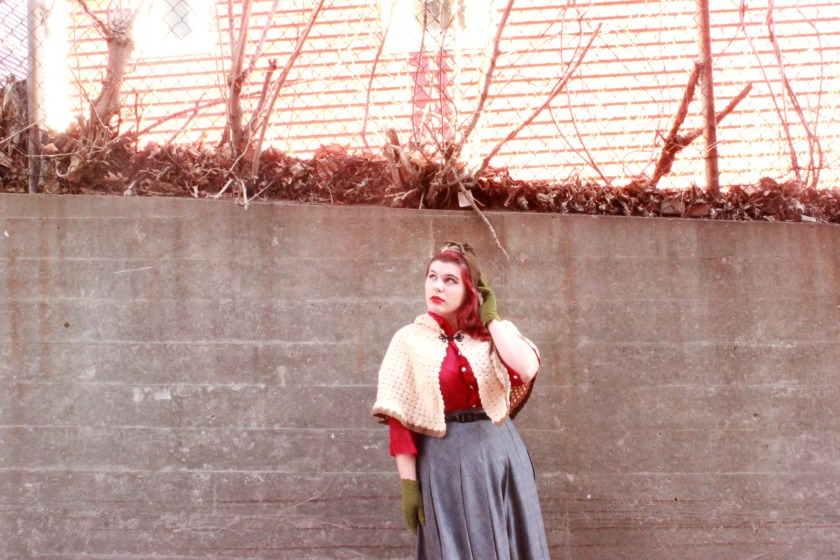 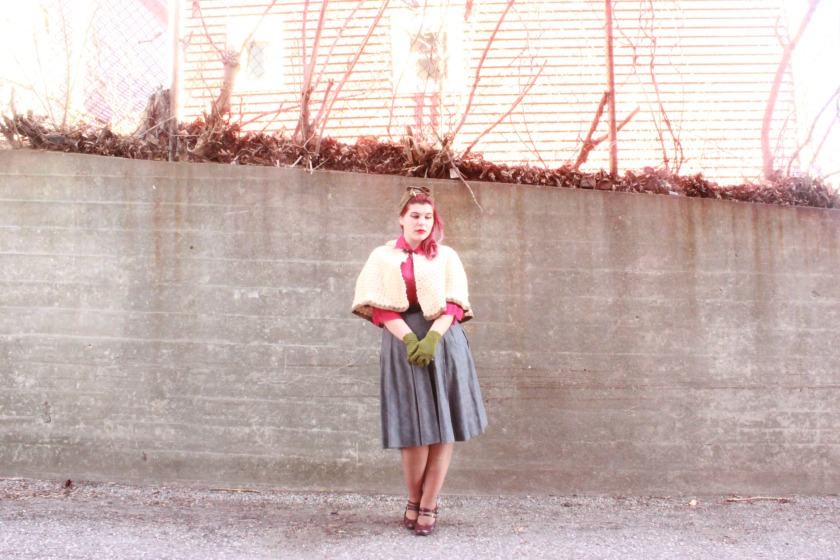 There’s no directorial judgment on the characters’ choices, no rationalist rebuttal to Puritan hysteria, and that’s just the way I like it. It feels, genuinely, like a reenactment. Like the way things really were, not a modern critique thereof.  I will always prefer a peek at the past to a 21st-century condemnation of it. 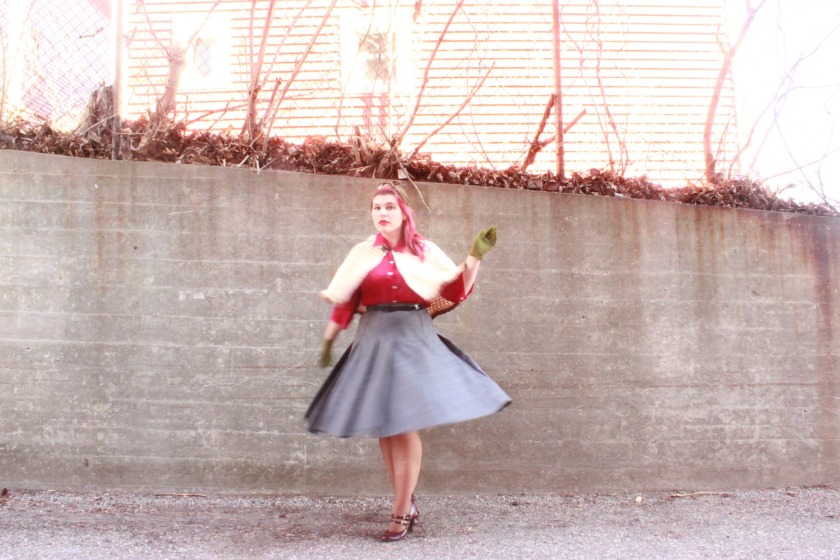 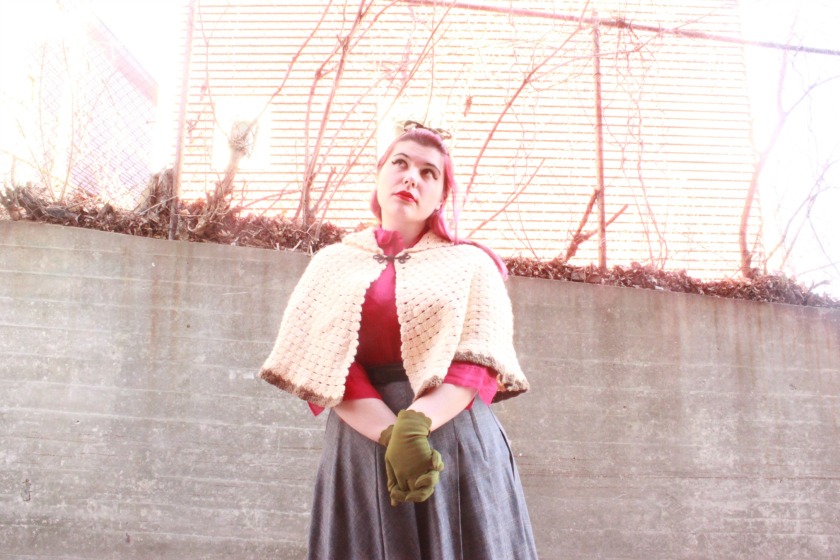 And, of course, it doesn’t hurt that “rural religious gothic” is my favorite genre of anything ever. The VVitch is a northern, Protestant answer to Flannery O’Connor, and I’d love it for that alone. I grew up ghost-hunting in graveyards and river valleys. I had a special interest in the Salem witch trials. I am a child of rural New England, and its landscape trips a very specific wire in my lizard brain. The scariest stories are the stories that feel like home. 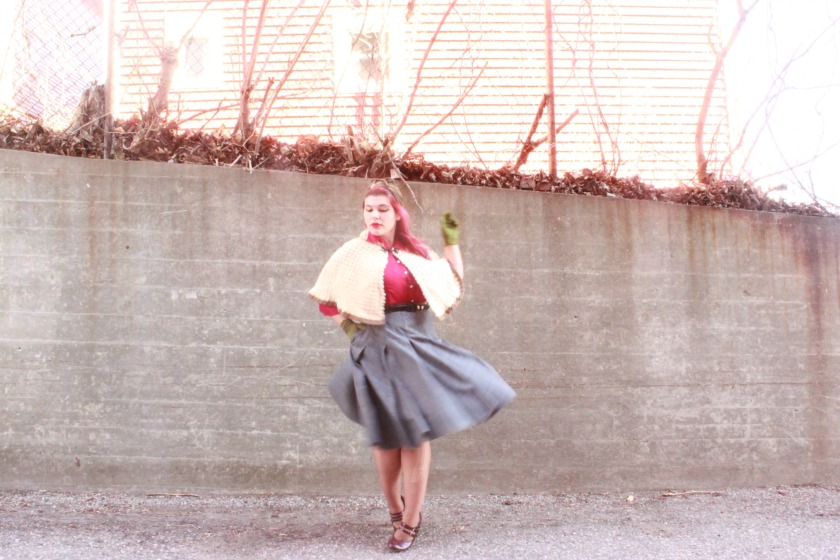 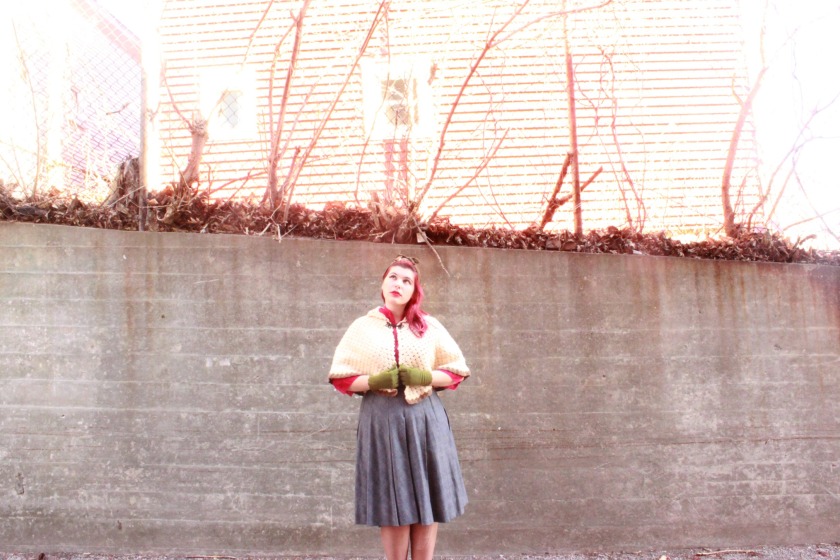 Several reviewers have called this movie “something you should not be seeing”, and that’s probably the best way of describing it. Guys – I have a really high bar for “unsettling”. But there were definitely a few scenes that felt too alien to be looking at. Like you’ve walked in on something profoundly other and you can’t find the door. 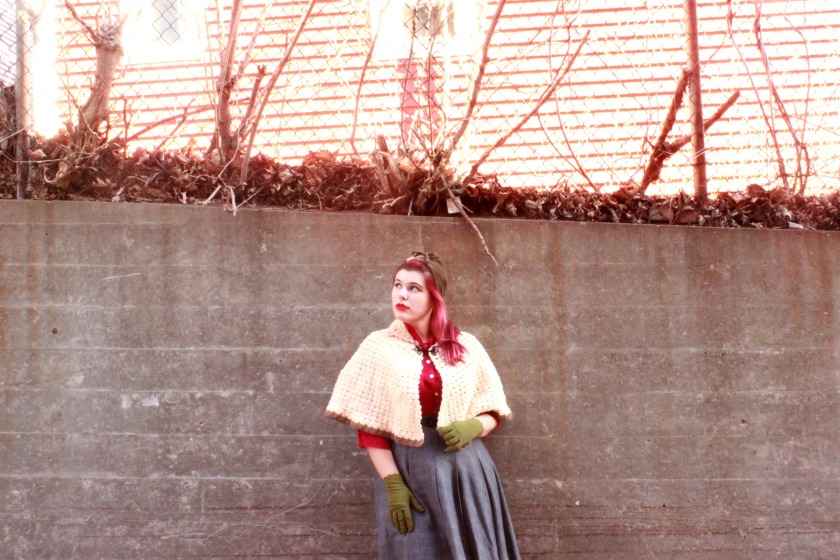 That’s all I want from my horror, really. Not monsters, not madmen. I want the altogether strange. I want things that rattle your bones with just how much they shouldn’t exist. I want eldritch fucking abominations, dammit, and it’s all too hard to find them in a world of jump scares.

I’m tired of horror that’s “all in your head”. There’s a big world out there. Show me characters wrestling with it – with one filled with things that should not be. 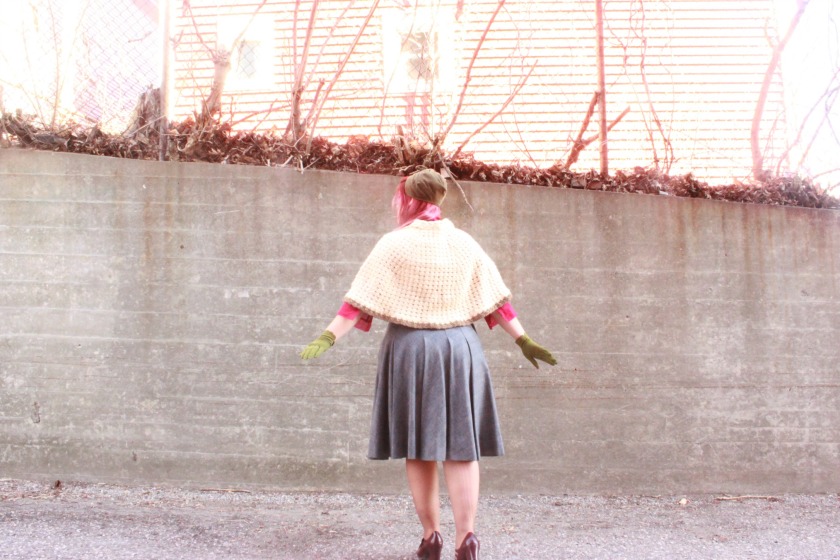