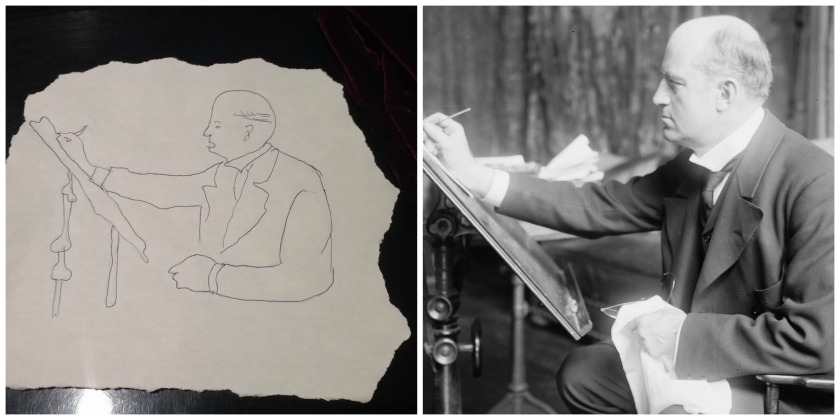 This is possibly my most esoteric Halloween costume yet, surpassing even 2012’s “partially decapitated Isadora Duncan”. Charles Dana Gibson, of course, is the creator and primary artist of the Gibson Girl pinup series. “A Gibson Girl, but alive and holding a picture of the artist himself” started as a drunken #showerthought, but it was too delightfully pretentious not to attempt.

I drafted the blouse from my trusty 59 Authentic Turn-of-the-Century Fashion Patterns. Like most things I make, I finished it at the eleventh hour. There’s still some weirdness going on with the back yoke; clever eyes can spot the safety pins. Hey, if you’re not constantly screwing up, there’s nothing to make do and mend, right?

Not a bad likeness!

We take Halloween seriously in my house. My partner and I took the day off work to wander around the Shelburne Museum in costume. It was the last day for the outdoor exhibits, and a chilly one at that, so we pretty much had the place to ourselves. Which I was very grateful for when he hustled me aboard the beached Ticonderoga … and asked me to marry him. 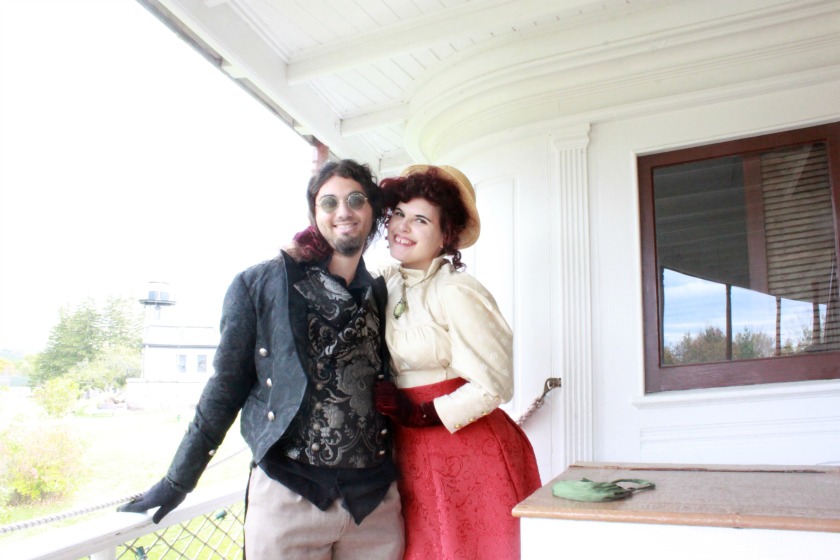 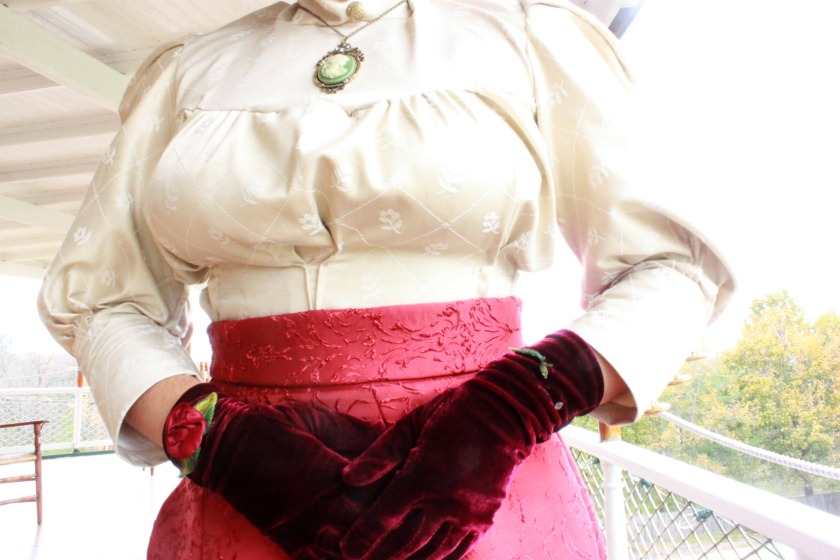 Yup! A Halloween proposal – which, if I’m being honest, I knew was coming. I still enjoyed suspending disbelief and shrieking all bridezilla-like when he pulled out the ring.

And that wasn’t the only surprise: he’d bought VIP tickets to our favorite haunted attraction, Nightmare New England in Litchfield, NH. It was a six-hour round trip in a corset, but I got to spend Halloween night chased through the woods by cannibals with my brand-new fiance. In full Victorian dress, because it’s not Halloween unless you’re living dangerously. 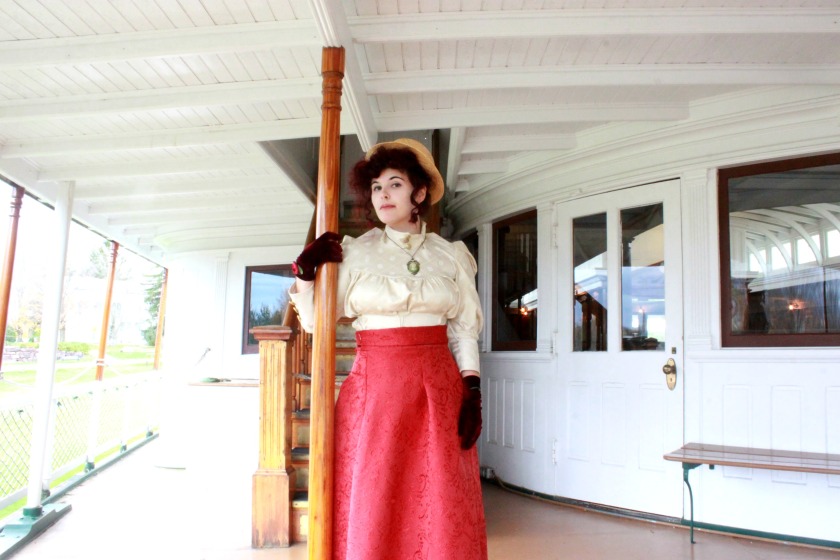 Plus, my ring is kinda objectively To Die For.