This past Saturday, I represented Wings of Sin in Crosswalk: A Fashion Show Styled by Sound. All proceeds went to the Committee on Temporary Shelter (COTS), which was pretty cool. Wings of Sin specializes in “post-apocalyptic” fashion: organic, animalistic, and eerily utilitarian. In the great pantheon of goth subcultures, it’s definitely tribal goth. Its creator, Melaney, takes things a step further by actually being a belly dancer: she performs with her troupe, the Accaliae, at underground events around the state. I saw her at Spectacle of Sin well before I knew I’d end up modeling for her shop. She’s fantastic. I want to be her.

(Does anyone else think that the use of “sin” in pagan/goth/fetishy naming convention is getting a little old? Other words exist, darklings! I don’t hear “bacchanal” used nearly enough.)

This was my second-ever fashion show. I have, however, been in more plays and cabarets and choir concerts than I can count, and I’m no stranger to infectious backstage chaos. It’s a series of pleasant little disasters. (Maybe my walk down the runway really was post-apocalyptic.) It all makes me feel so alive.

Forgive me the poor quality of the backstage shots. The lighting wasn’t exactly prime for a shoot, but I wanted to capture some of the energy anyway. My mom snapped the runway ones. 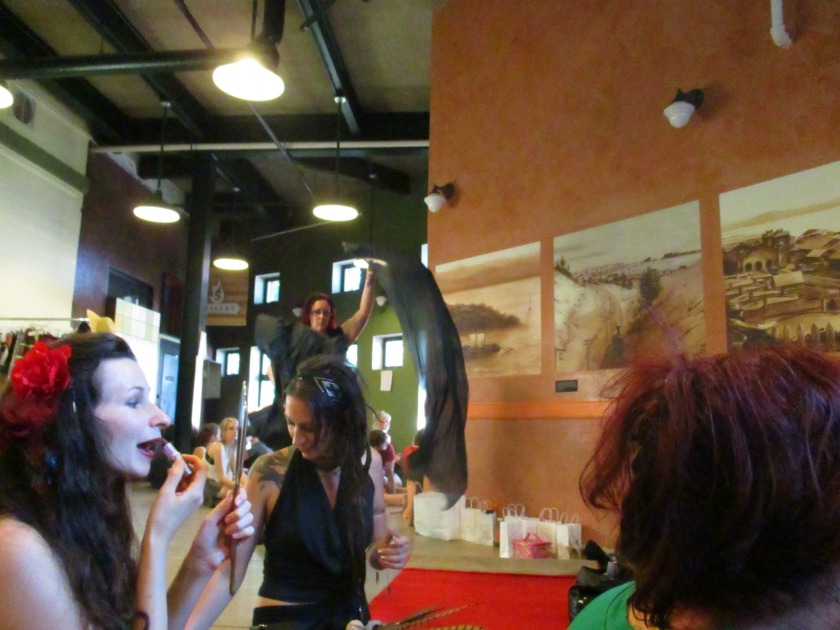 About nine designers participated in the show, each with a distinct look. It was easy to tell which group each model belonged to. We Wings folk definitely got some side-eyes. Let’s put it this way: I had, by far, the FEWEST tattoos. 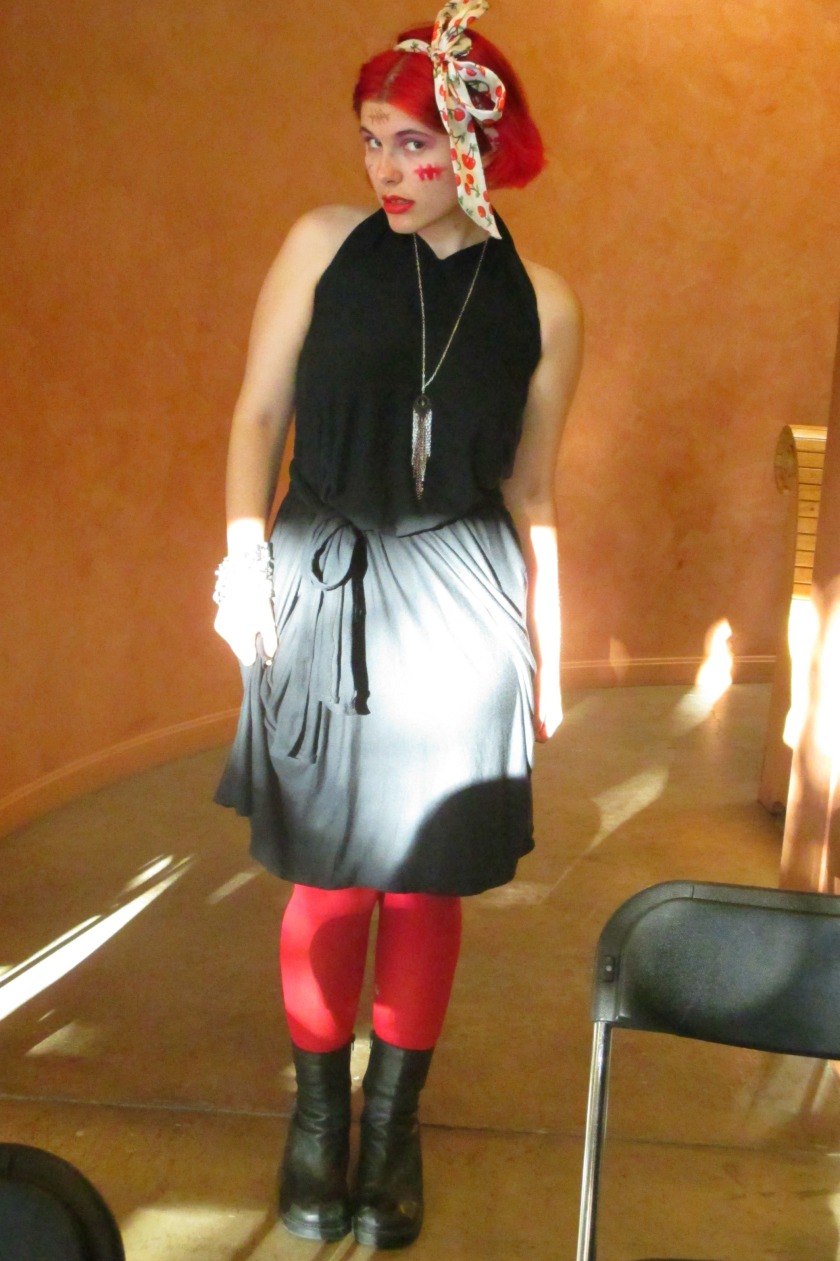 I wore a black infinity dress, which I hiked up to my neck and left plunging in back, and a chain-link necklace. All the accessories were mine, and I did my own makeup.

From Damaged Goods t-shirts. I loved this model. 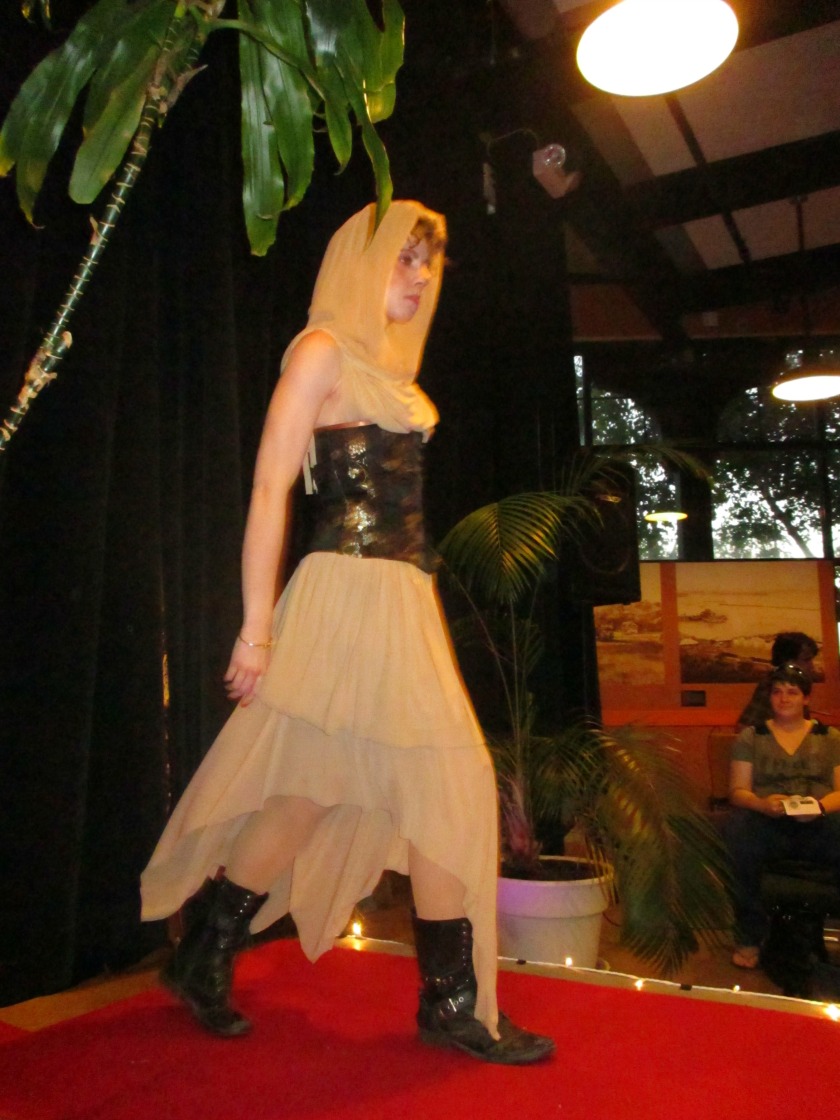 From my favorite designer after Wings of Sin, Scandalous Fox Paws. I absolutely loved their medieval-inspired dresses, so much that I contacted them after the show asking if they needed models. Here’s hoping they get back to me! 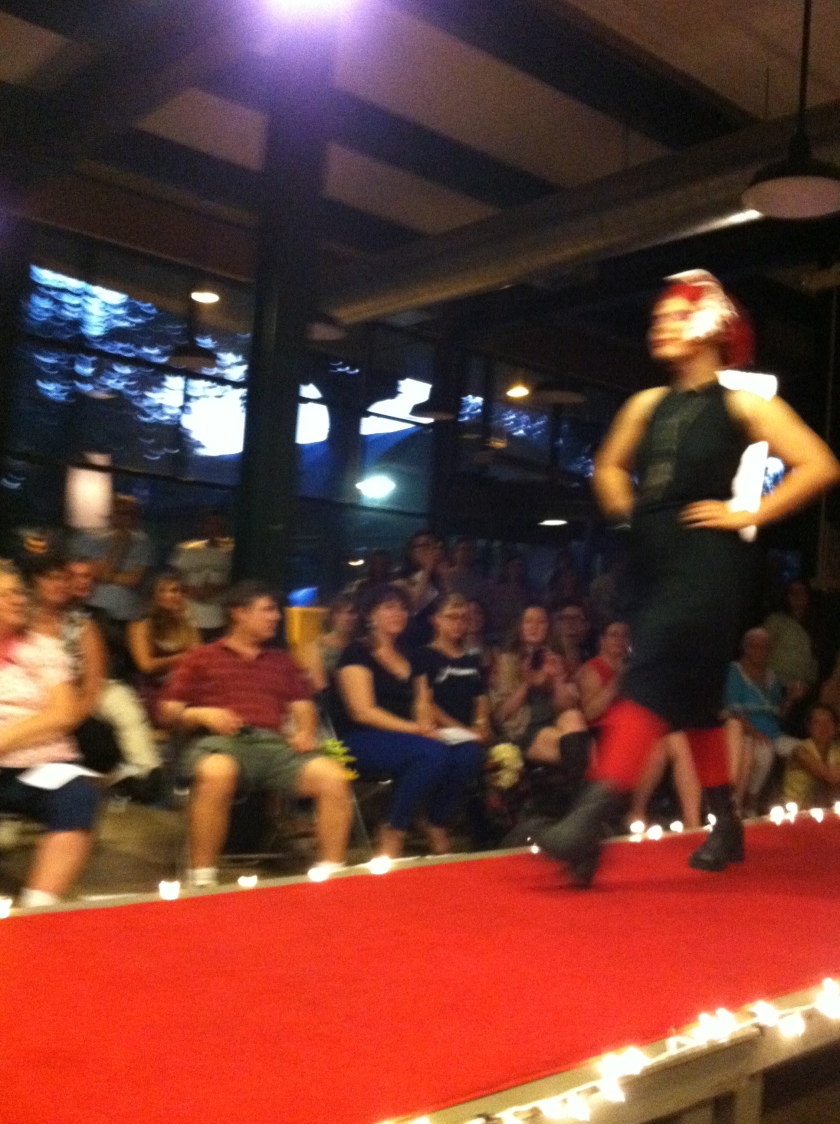 I realize it’s blurry, but that’s meeeeee! The announcer introduced us Sinners as “deadly she-beasts”. I wish I could have someone follow me around and preemptively introduce me that way.

By pure coincidence, I was first down the runway. We shuffled ourselves at random, and I ended up in front. My friend Zoe tackled me afterward: “you opened the show!” 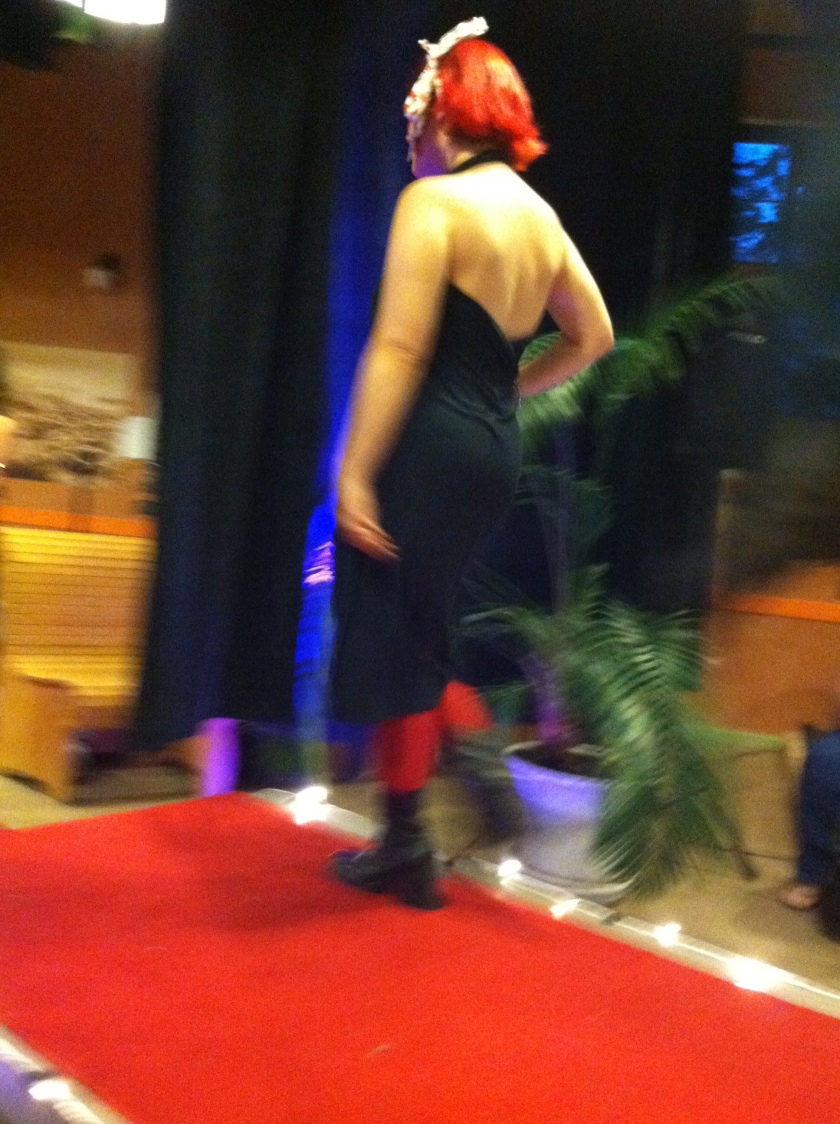 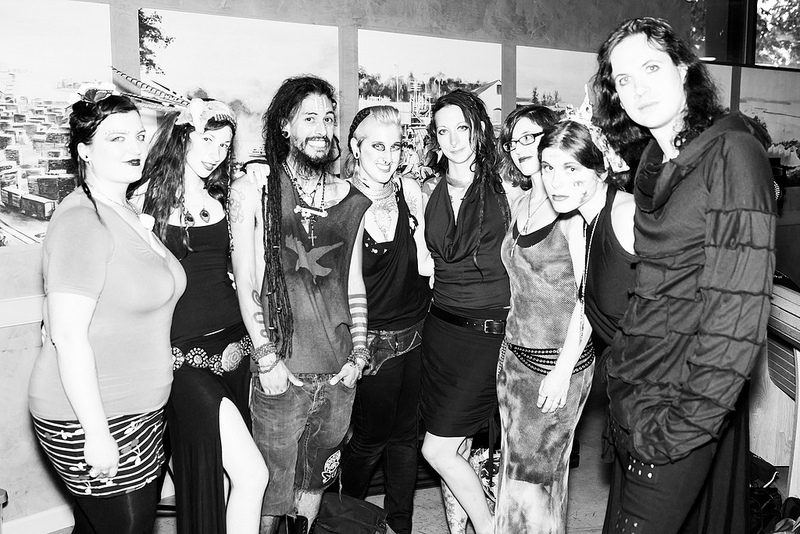